How a Big Conflict Was Solved 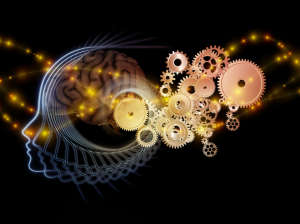 In my wife’s defence, I say that EVERYONE occasionally says things they should not have. Sometime our minds can’t think of things fast enough. Brains can’t think of the ramifications of EVERYTHING. Yesterday she said something that caused a big conflict in my mind.

She said, “____________.” (You fill in the blank with your spouse’s own hurtful words.) I was really hurt. I was wondering how I could write more blog posts about happy marriages if that was her permanent attitude.

I spent the day processing her comment. Before bedtime I had decided how to respond.

The next morning, just as we were starting our coffee break, I told her that there was something important I had to say. I told her that ____________ was really inappropriate and hurtful. I gave her a Bible reference as part of my defence.

She said, “I’m sorry. It won’t happen again.” I said that I forgive her.

Guess what? The conflict completely disappeared.

Hopefully you & your spouse will have got into the habit of quickly apologizing & forgiving. If so, your conflicts will fizzle out.

We’ve been married for decades & we still have an occasional conflict.

A couple of weeks ago I very politely asked my wife to do something. She responded with a tirade of hurtful words. She definitely did not want to do it and, in my opinion, began to speak in a really illogical manner.

We had gone through a long spell where I was really grateful for having her in my life. I’d often just look at her & feel great amounts of love in my body. It actually was a pleasant physical sensation. Then I’d say some romantic words to her about how much I love her.

Now I could sense how the love I had for my wife had greatly reduced. I not longer had feelings of love when she walked by.

Just figure it out

Someone who had been married much longer than me once quoted four words I’ll never forget. She said that when married people have a conflict, they should “just figure it out.”

The present conflict had gone on too long and I correctly thought that I had finally figured out how to resolve it.

After a couple of weeks, we sat down for coffee & I dropped a bombshell. I told her that yesterday, when she told me I was sweet, my thought was “That makes one of us.”

That really got her attention. And, because we both so greatly value a harmonious marriage, she was anxious to solve our conflict.

She eventually said that my request triggered a particular negative situation in her life from decades ago.

We talked it through. Before the end of the day, I was feeling the love for her that I had before the uncomfortable incident.

Perhaps I should have had the serious resolution talk with her sooner. Usually I have it much sooner. Whatever the answer is to that situation, I suspect that our marriage will now be better than ever.

Conflict resolution seems to move a marriage into a new stronger level.

The video below expresses the theme of this website. So, it has been posted on most of the pages here. If you have not watched yet, do so now. 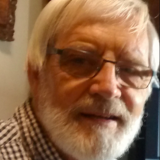 © 2017 All Rights Reserved | Powered by Wordpress | Made with ❤ by Themely